END_OF_DOCUMENT_TOKEN_TO_BE_REPLACED

Everybody will be wondering… Can HP Compaq Presario C749TU Notebook PC run Windows Vista? Can it run with Intel Celeron 540 1.86GHz, 512MB RAM, 80GB HDD? I am using Windows Vista Home Premium to do the test. In short, Windows Vista cannot run on this system with 512MB RAM or less. 1GB RAM and above is highly recommended. Windows Vista uses up around 600MB RAM after boot up. Some memory was used as Video memory. It uses up to 800 RAM when play movie with Media Player. It does eat a lot of memory in Windows Vista.

Processing power is another factor we have to look into. Intel Celeron 540 1.86GHz which is single core processor will not run smoothly in Windows Vista on some applications. Dual core and higher frequency CPU is highly recommended. However, it still can run most of the office application, entertainment and web browsing. No 3D gaming with Intel Graphics Media Accelerator x3100. It is way too slow to run any popular 3D games. A dedicated powerful 3D card is required. 😛

END_OF_DOCUMENT_TOKEN_TO_BE_REPLACED

It is very user unfriendly when you browse on the website that disable mouse right click button. I always right click on at link and open as new tab by using Firefox or Internet Explorer 7. I hate it when those website disable the right click function. So how to solve it?

There are ways to enable back the right click function. One of them is type the following into the URL bar of your browser: javascript:void(document.oncontextmenu=null). However, this won’t work on all the websites. Some of the websites I visit do not work at all with this function.

END_OF_DOCUMENT_TOKEN_TO_BE_REPLACED

Do you use Hotlink Activ10?

Do you use Hotlink Active 10? Yes. I do. I was a Hotlink Active 5 user back then. After Hotlink introduce Activ10, i am Activ10 user lo. However, do I benefit from Hotlink Activ10 lately? NO NO NO!!! 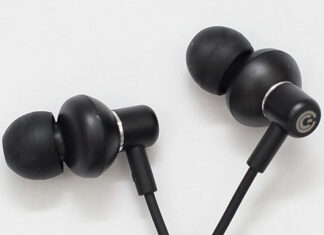