Finally, RAFDROID HD v3.0 speed is faster than v1.0 that I tried 1 month ago. Slowness might be caused by it is deodexed and zipaligned, not sqashfsed. As it is fully deodexed so you can theme it as you want. By the way, RAFDROID HD is based on HTC Desire HD with Android 2.2.1 Froyo and using Rafpigna 1.7 OC Kernel.

END_OF_DOCUMENT_TOKEN_TO_BE_REPLACED

I saw MarkinuX HD ExtraClean on NAND Android for sometimes but I did not try it because it requires to enable ‘UseLast24NAND’ which might make your device won’t boot more if not handle properly. So I ignore it until xda-developer, Markinus released another version on SD MAGLDR. Yeah… I can try it now with no worry. MarkinuX HD ExtraClean is based on HTC Desire HD Build (Android 2.2.1) but without HTC Widgets, Sense stuffs, etc. Camera, Album, Music player, Clock, Email, Messenger, Keyboard and Twitter are still there. And added Gingerbread Launcher.

END_OF_DOCUMENT_TOKEN_TO_BE_REPLACED

imilka Stock HD Sense + RAM == imilka RAM Desire HD. Framework dir (/system/framework_r) and some most used apps (launcher, phone, settings…) (/system/app_r) are loaded into RAM. Based on imilka, this new build is “Freaking crazy fast!” Does it really that fast? Let’s find out…

END_OF_DOCUMENT_TOKEN_TO_BE_REPLACED

Wow… Lot of NAND Android builds lately. Here is another one from xda-developer, imilka ~ Stock HD Sense. It is HTC Desire HD build that based on latest RCMixHD v3.0 [TELUS WWE 1.84] for Desire. Using Android 2.2.1 Froyo and Rafpigna 1.7 OC Kernel. By the way, it is deodexed, zipaligned and unsquashfsed build. So you need to have 400MB system layout on ClockworkMod Recovery. And all your data will be stored at ext partition on SD card.

END_OF_DOCUMENT_TOKEN_TO_BE_REPLACED

Normal SD card Android development is slowing down after NAND Android and Windows Phone 7 came out. However, there is a way to run Android on SD card with NAND Android or Windows Phone 7 installed on your phone. It can be done with the help of SD MAGLDR Android ROM. Normal SD card Android cannot run on current MAGLDR without modification. However, most of the SD Android ROM chefs do not support it officially. And left only few that current still developing and supports it through SD MAGLDR method. Here are the top 3 SD MAGLDR Android ROMs that I tried based on CyanogenMod 7, HTC Desire Z and HTC Desire HD builds. 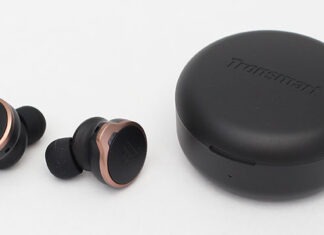 0
Introduction What a quiet world we have here? Yes, I can enjoy my favourite music peacefully. All thanks to the latest 360° Hybrid Active Noise...