Hmm… I received lot of question on how to enable Internet and MMS on Android lately. So here is the list that I gathered from Internet. Hopefully, it will solve all of your cannot connect to Internet and send MMS issues. Okay, here are some questions that you might ask…

What is an “APN”?
“APN” == Access Point Name. It allows you to connect to the Internet and send MMS through your phone carrier.

END_OF_DOCUMENT_TOKEN_TO_BE_REPLACED

I saw MarkinuX HD ExtraClean on NAND Android for sometimes but I did not try it because it requires to enable ‘UseLast24NAND’ which might make your device won’t boot more if not handle properly. So I ignore it until xda-developer, Markinus released another version on SD MAGLDR. Yeah… I can try it now with no worry. MarkinuX HD ExtraClean is based on HTC Desire HD Build (Android 2.2.1) but without HTC Widgets, Sense stuffs, etc. Camera, Album, Music player, Clock, Email, Messenger, Keyboard and Twitter are still there. And added Gingerbread Launcher.

END_OF_DOCUMENT_TOKEN_TO_BE_REPLACED

Windows Mobile 6.5 is not the only operating system for HTC HD2. We can run Android on HTC HD2 (almost perfect) too. Not to mention Ubuntu, Windows 95/98 (not perfect yet). HTC HD2 is a legend powerful mobile phone. Here are the top 10 tips, tweaks and hacks for Android HTC HD2.

END_OF_DOCUMENT_TOKEN_TO_BE_REPLACED

imilka Stock HD Sense + RAM == imilka RAM Desire HD. Framework dir (/system/framework_r) and some most used apps (launcher, phone, settings…) (/system/app_r) are loaded into RAM. Based on imilka, this new build is “Freaking crazy fast!” Does it really that fast? Let’s find out… 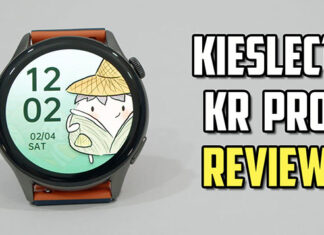