Tag: Lord of the Rings Conquest

END_OF_DOCUMENT_TOKEN_TO_BE_REPLACED 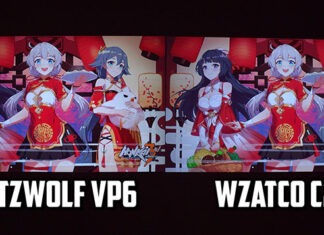 BlitzWolf VP6 vs WZATCO C2 – Battle of the Best Sub...

BlitzWolf BW-VT1 In-Depth Review – Worth to buy this Mini Smart...

Kingston Is With You – 7-day Memory Challenge