My home broadband connection is down. Luckily, I have HTC HD2 with me. I can do Wi-Fi and USB tethering in Windows Mobile. But some of the Android ROMs cannot do both. So here is an Android application that can help those who like me ~ Wireless Tether for Root Users. It enables tethering via Wi-Fi or Bluetooth. I did not try on Bluetooth mode but I am a happy user with Internet connection through Wi-Fi.

END_OF_DOCUMENT_TOKEN_TO_BE_REPLACED

Set ‘WCDMA only’ with Android Network Application by Philipp Mangelow

I don’t have a strong 3G signal at my place. And it used to turn to 2G EDGE when 3G signal is weak. Data connection is broken then and slow with EDGE connection. Network application by Philipp Mangelow manages to help to set ‘WCDMA only’ on certain Android ROMs with EVO kernel where I cannot set ‘WCDMA only’ in connection settings.

END_OF_DOCUMENT_TOKEN_TO_BE_REPLACED

My home broadband connection, Streamyx is having issue again. It keeps disconnecting and connecting (DSL is not connected issue). So it is time for me to use my HTC HD2 as modem again. But I don’t want to use wireless connection this time, but going to try Wired Tether for Root Users. It is the same as Wireless Tether for Root Users but using USB cable instead of Wi-Fi connection. It is good for single user usage and can charge your phone at the same time.

END_OF_DOCUMENT_TOKEN_TO_BE_REPLACED 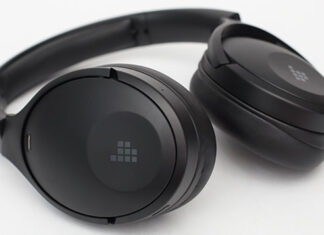 Jayce Ooi - January 19, 2021
0
The Lunar New Year marks the commemoration of a new start for ourselves and with our loved ones. As many households start getting busy...