Nvidia and ATI AMD produce good quality 3D graphics processing unit (GPU). Which display card should I choose? I plan to have a 22″ LCD monitor. I need a display card that can power 1680 x 1050 px at playable games speed. Both Nvidia and AMD have multi GPU functionality which is SLI for Nvidia and CF for AMD. However, you can’t find much SLI motherboard in the market because only Nvidia chipset and certain Intel chipset like x38 and x48 support SLI. Therefore, CF is my only choice for the moment.

After reading lot of reviews, I selected SAPPHIRE HD 4870 512MB GDDR5 PCI-E as my display card. It is using 55nm chip while Nvidia GTX 260 is still using 65nm chip. Besides, the performance of Nvidia GTX 260 is slower than AMD HD 4870 a little bit. And pricey a bit too. And it is not CrossFireX supported. That’s the main reason that I stay away from Nvidia display card. Until Nvidia gives Intel license to use SLI on all the mainstream chipset, else I think I will not touch Nvidia display card for quite some time.

There is lot of versions that AMD comes out for HD 4000 series. For HD 4870 itself has 512MB and 1GB memory versions. And HD 4870 X2 high end version too. But the price will stop me from thinking of it. With 22″ LCD monitor that I want, HD 4870 512MB and 1GB memory version does not make much different if I don’t want to switch 8x AA or above. Therefore, I might go for 512MB version as most people will do the same. It will ease for me to buy another second hand to add on to enable CrossFireX in the future. 🙂

Wait… Wait… I have the latest update on Far Cry 2. It seems that 1GB version does have improvement over 512MB version. Hmm… Which one should I choose?

Back to Main Page
My dream computer system 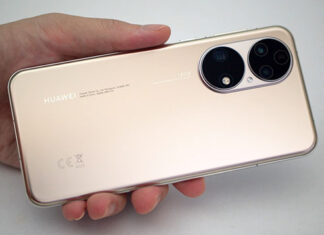 Jayce Ooi - June 23, 2022
0
A smartphone that can play intensive 3D games. Also a great productivity tool for office work through desktop mode. Yes, this is the latest...